The downside of putting too many chips on the table

When I first started working with Kettle Foods, they were experiencing great success. Kettle potato chips were flying off the shelves and, as a result, the entire company was growing rapidly. Unfortunately, though, their rapid growth included their costs, which led to the company failing to turn a profit.

When the BOD first asked for my help, Mary's Gone Crackers had been experiencing rapid top line revenue growth. So what was the problem? They were losing money just as fast. I was brought in to work with the CEO to identify Sales & Marketing issues, which is where the root of the problem existed.

After evaluating employee productivity, I brought many inefficiencies to the CEO's attention. Much of the inefficiency lied in the hiring and budgeting processes; I went on to recommend several changes in those areas, which led to a sharp decrease in costs without a loss in efficiency. After six months, the CEO decided to expand my involvement to the rest of the Sales & Marketing department.

The company went on to maintain their revenue growth, managed to drastically reduce their costs, and finally returned a profit. Together, we reevaluated all of their costs associated with promotional programs, and found ways to improve their trade spend at both retailers and distributors. Consumer advertising, PR, and trade & consumer shows were also revamped. By taking control of their Sales & Marketing department, especially the associated costs, Mary's Gone Crackers managed to become a successful - and profitable - food brand. 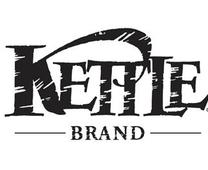 The following two companies suffered in a similar manner to many early-stage companies - they grew too fast, spent money recklessly, and failed to establish accountability internally.

Read about Mary's Gone Crackers and Kettle Foods to learn how we worked together to right each company's path to a very happy ending!

helping specialty, natural, organic, and green food & beverage products get to the next level

* industry partners, you, me, and my dog